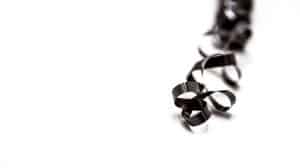 An audio forensic expert listens to audio recordings of litigation points during a forensic investigation. Oftentimes, these audio recordings are very sensitive in nature. They are crucial to the litigation and must be destroyed or returned to their provider once the litigation is complete. Generally, in civil litigations, settlements are reached based on a series of conditions. One of those conditions is often that all of the evidence be destroyed that was used to process that litigation. It is very important that the audio forensic expert stay in good communication with their lawyer contact to make sure that they clearly understand what to do with the audio evidence once the litigation is complete.

If that audio evidence were to become available to the wrong people after the litigation settlement it could violate and have other ramifications to the terms and conditions of the settlement. That’s why it is very important for the forensic examiner to know what is expected of them from the attorney and other litigators regarding that forensic evidence.

In the past I?ve received letters from attorneys asking me to dispose of the audio evidence I used to investigate their case. In my professional opinion, there are only two options for an audio forensic expert for dealing with the evidence they examined upon reaching a settlement in the litigation.

One, return the evidence back to the attorney or your contact person in the case. Signature required; delivery confirmation is essential so that the forensic expert has proof that it was returned to the appropriate party. Second, destroying the evidence by physically breaking or destroying the playing surface on a compact disc, which is the most common media for delivering the audio recordings to be examined by the forensic expert. Or delete files stored in computer hard drives or other external storage devices, such as a thumb drive.

So, we either return the evidence to the contact person, signature required so that we have confirmation and proof of delivery; or we dispose of the evidence by destroying the compact disc or delete from external storage device. It is best, if possible, to get their instructions in writing (particularly if the instructions are to destroy the evidence), just to protect yourself and make sure all your bases are covered.

I recently had a case that settled, and I was contacted by someone who identified himself as a friend of one of the litigators and claimed to have permission to listen to part of the audio recording that I investigated for this litigation. I denied the (alleged) friend access to the recording and contacted the party who retained me for the investigation and let them know I was being contacted. The huge problem here is that, had I given the audio evidence to the person that contacted me not only could I have jeopardized my reputation in the forensic community if this person had released that evidence, it would also have had a huge ramification on the settlement for my client because, that audio evidence being compromised, would also violate the conditions of his litigation settlement (not to mention opening myself up to a possible lawsuit for releasing the audio evidence to an unauthorized party).

Bottom line, when the forensic expert completes a forensic examination, it is the forensic examiner’s responsibility to determine what to do with the evidence that they have investigated so that it does not fall into the wrong hands and violate the terms of the litigation settlement.

The Why and How of Audio Evidence Integrity

Blindspot – How to Make Digital Audio Recordings for Evidence