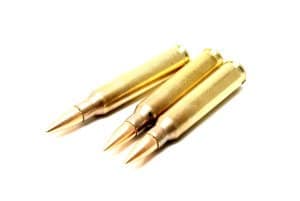 I was contacted today by two media outlets regarding an audio recording that was released last night to CNN. The recording is alleged to be a video chat with the gunshots that killed Michael Brown in the background.
I began my forensic investigation by researching the weapon Officer Wilson used to kill Michael Brown. The weapon is a Sig Sauer P229. Next, I found a video on YouTube of the Sig Sauer P229 being fired. When conducting a forensic comparison, I conclude the weapon in the recording matches the Sig Sauer P229. However, there are other much bigger issues. Why did this person wait so long to release this recording? You would think he would go to authorities immediately!
Next, why did we receive only a portion of an obviously longer recording? Then there is the fact that it sounds like he is reading instead of conversing with his girlfriend like he said he was? Plus, don’t you think he would stop when he hears gunshots? I know I would. Why does he continue to read right through the shots fired?
It seems like a fake recording to me. Something to get attention the day after Michael Brown was laid to rest. Don’t you think the timing is odd for this recording to be released?
Listen for yourself and let me know what you think. Let’s use #MichaelBrownAudio for discussing on Twitter.