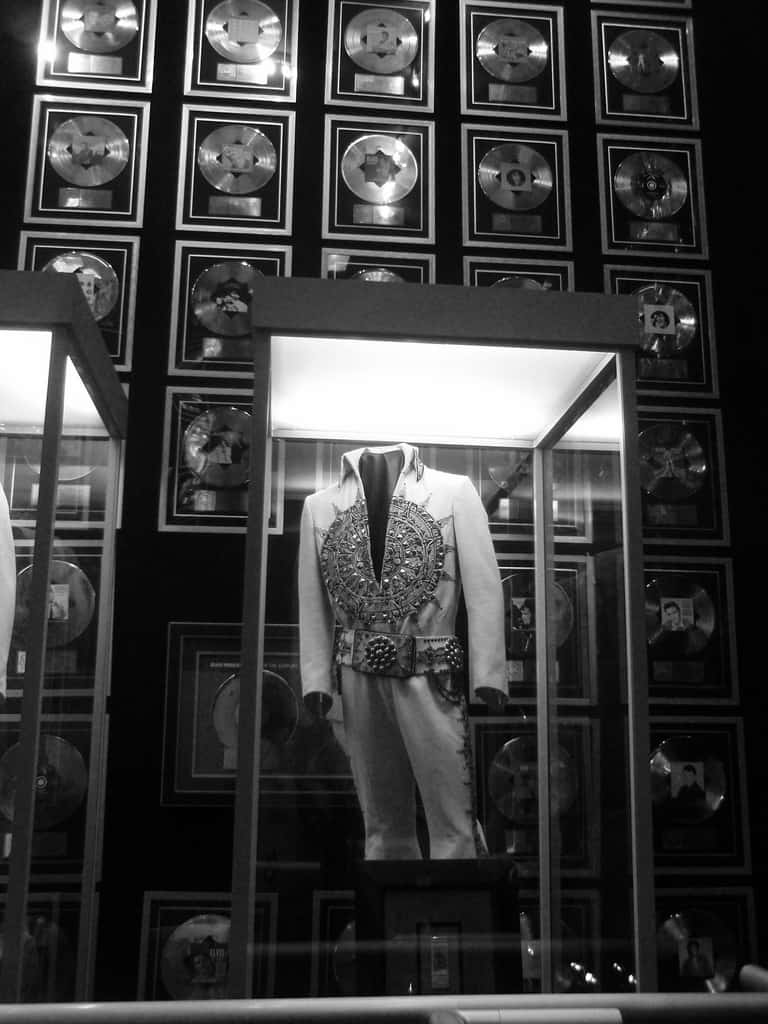 Nearly thirty-four years after The King’s death, a new song has been discovered and confirmed forensically to be the king himself, Elvis Presley. Ed Primeau was contacted by Mike Chesney of WWMT TV 3 the CBS affiliate in Kalamazoo and Grand Rapids Michigan to use his voice identification expertise to confirm the song is genuine.

Ed Primeau is president of Primeau Productions, Inc. based out of Rochester Hills, Michigan, as well as a well-respected audio and video forensic expert.

The TV crew arrived about 10 am last Tuesday and gave Ed the three versions of the song “Living to Love You” which was written by a deceased Grand Rapids resident and performed by Elvis Presley. The crew filmed Ed’s forensic investigation and then interviewed him about his conclusion.

Ed’s theory is that while in the Detroit area in 1976, Elvis had an interest in this song whose lyrics made their way to the King prior to his visit. According to Primeau, “Elvis liked the song and recorded a demo, which is what we have in these recordings”.

The three versions are vocals and piano only and do not sound like an Elvis song, which may be a huge reason why the song was not recorded and released. Primeau referred the film crew to Gary Graff, an icon rock journalist and Billboard magazine columnist who is a friend of Primeau’s and local Metro Detroit Area resident. He also confirmed the song to be Elvis himself. Graff also commented on Primeau’s forensic credentials and conclusion in the video interview.

There are three criteria for conducting voice identification, critical listening skills, electronic measurement and visual inspection of the sound wave. “Living to Love You” was compared to two other Elvis songs recorded around the same time that served as an exemplar of Elvis Presley’s voice. The vocal tone, vibrato and style of singing is an identical match to Elvis Presley.

Traditionally, a voice identification test includes the forensic expert making an exemplar of the person in questions voice to compare with the recording in question. Since Elvis is dead, Primeau used the two songs the TV crew provided, and he agreed on them as exemplars.

Primeau noted the vibrato resonance and style matched Elvis Presley’s. Primeau went further and downloaded a sample of an Elvis impersonator from the Internet and compared that voice to the recordings in question. Using digital spectrograph technology, Primeau compared the two known Elvis songs, the three takes of “Living to Love You”, the impersonator and a Neil Diamond song. The spectrographic readings confirmed Primeau’s opinion and displayed the obvious results for the TV crew.

The significance of this new song by Elvis Presley is that it will stimulate fan interest in existing Elvis material and fetch a generous amount of money at auction, should that ever happen. It has been a long time since the king released any material and his estate Graceland is yet to comment on the discovery.

photo credit: awards and trophies in black and white via Vecteezy (license)