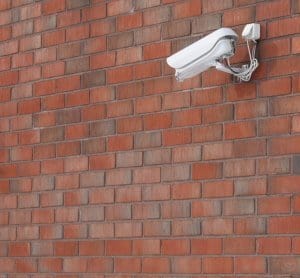 Closed circuit television systems have become a major contributor of evidence to court cases. While the video from these systems is often very important, the audio can often play just as much of a role in the investigation. At Primeau Forensics, we often are hired to enhance not only the video from a CCTV system, but the audio as well. As an audio forensic expert, we are qualified to perform forensic audio enhancement.

Clients typically hire us for enhancements because the original CCTV system was not set up properly and was capturing less than ideal quality audio and video. Many times, the audio is more valuable than the video because of what was said during the event. While enhancing the audio is possible, setting the microphone on the system correctly can be extremely beneficial when an incident does occur. Getting a good, clean signal from a microphone relies on two key principles: microphone gain and microphone placement.

Setting a proper gain structure for a microphone will always yield the best result for any kind of recording. Gain is applied to microphones because microphones have inherently low levels. A preamp is used to amplify the signal before it is recorded into a system. When setting the gain, the goal is to get a high enough level that the signal is audible, while also making sure that the level does not clip the system or preamp. Clipping means that the signal has exceeded the capabilities of the system and begins to distort. This distortion hurts the quality of the audio and can make it very difficult to understand what people are saying in a recording.

We recently recovered some surveillance video evidence that required an audio enhancement. When we received the audio, we found that the gain had been set too high and the entire recording had clipped. We also found that because the room was small and filled entirely with hard surfaces, there was a buildup of reverberant sound. Reverb consists of reflections of sound off of surrounding surfaces. Some reverb is always present, but too much can begin to cover up the direct sound. Direct sound is the original sound coming directly from the source, such as a person speaking. In this case, the gain should have been set much lower on the microphone. This would have produced a much cleaner and more audible recording. Reverb is a more difficult issue to combat and relies much more on the microphone placement.

When placing the microphone, it is important to be aware of other extraneous noises in the room. We often see CCTV systems placed near the ceiling and in corners so they can obtain the best viewpoint of the area. This is not always the best location for the microphone depending on how the room is designed. If an air vent or another electrical device is near the microphone, they will add a large amount of noise to the recording and can cover up desired sound. If a directional microphone is being used, try aiming the rejection end of the microphone at the unwanted sound source. This means the least amount of the unwanted signal will be picked up.

Reverb can also be an issue in smaller spaces that have no absorptive surfaces. When the direct sound is buried by the reverb, it can make the desired signal muddy and undefined. Acoustic treatment can be added to a room to deaden the amount of reverb, but this is more often an approach for musical spaces. A typical fix for a surveillance system can be placing the microphone closer to the desired sound. Placing the microphone in the center of the ceiling instead of in a corner could cause the microphone to pick up more of the direct sound, resulting in better and clearer audio. Because sound and reverb tend to build up more in corners, placing the microphone away from the corner will also prevent it from picking up those extra reflections.

Audio evidence is a very prominent part of many investigations and court cases. Setting up a microphone properly for a surveillance system can often make a huge impact on whether that audio can be used as evidence or not. As an audio forensic expert, I come across many audio recordings that could have been much more audible if the system had been set up properly. When installing a surveillance system, setting the gain for the microphone and placing the microphone properly will always improve the quality of the recorded audio.