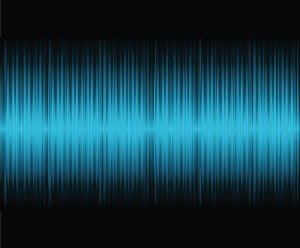 In my opinion, especially under less than perfect circumstances, the voice identification process is not always black and white. Litigators need help building a case to either prosecute or defend and some of the main evidence is voice recordings. A majority of the time these voice recordings are threatening and disturbing to the recipients who are targets to the threats left in these messages. Some messages are longer than others – it is the short messages that pose the biggest challenge for voice identification experts.

According to the scientific community, in order to conduct voice identification, the following process is followed by the audio forensic expert:

There are five standard conclusions:

In order to arrive at a positive conclusion, the audio forensic expert must find a minimum of 20 speech sounds and/or electronic/spectrographic identifying or disqualifying characteristics. However, in the case of a crisis, investigators ask voice identification experts to determine exactly what percentage of certainty can be established with regard to what I consider nontraditional voice identification.  In this case, I follow as much of the established protocol as possible and provide a percentage of certainty in my findings.

Threatening calls in the workplace require the identity of the caller to be revealed or at least narrow down the list of suspects so management can take appropriate actions to protect other employees. These threatening calls are almost always short, which presents challenges to the forensic expert due to the number of words available to be compared to known speech samples. In this case, the voice identification examiner needs as much exemplar (known speech) recording as possible to use for comparison purposes.

I consider these threatening phone calls and messages to fall under emergency crisis situations and adjust the voice identification procedure to accommodate the client and attempt to identify two or three suspects.

Many companies have a database of absenteeism calls from employees. These voice mail recordings are great alternates to exact exemplars because they were recorded through the phone similar to many of the threatening calls. For this reason, I recommend that companies maintain a voice mail recording database for crisis management cases like these. Then when the voice identification expert is called on to provide their opinion about the suspects for investigators to consider, the voice identification expert can help strategize additional steps and strategies to take that will help solve the mystery.

I have found that once a suspect has been identified preliminarily and asked to cooperate in creating an exact exemplar, they either confess or investigators discover additional clues to help with the crisis investigation.

In one particular voice identification case, my preliminary testing helped reveal two suspects. We discovered that the threatening call was made from a company phone. There was a CCTV camera near the company phone which provided video of one of the suspects near the phone the day and time the threatening call was made. The identification could not have been made without the preliminary nontraditional voice identification test that helped identify two suspects. That helped me know who to look for in the CCTV video. The CCTV digital video recording was poor, but I was able to identify clothing logos on the person in the video with the suspect who often wore similar clothing. Investigators were able to leverage a confession once the suspect was confronted with this preliminary evidence.

So, although formal voice identification is not always possible, an audio forensic expert can aid in the investigation of threatening voice mail messages and help keep the attacked workplace safe for other employees.  When the case reaches a point when a formal charge is made, the voice identification testing can then be directed to traditional testing protocols.