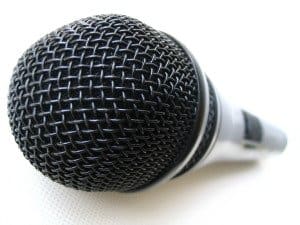 As an audio forensic expert, my day-to-day activity includes forensic services like audio enhancement and authentication, as well as voice identification. Audio enhancement is probably the most common service I provide because more often than not, the audio evidence was not recorded in the best way possible. Audio evidence can often be one of the most important pieces of evidence for a case, so it should always be given a great deal of attention.

When creating a digital audio recording that is going to be used in court, there are many things one should be aware of before making the actual recording. The biggest issue I usually come across is low recording levels. While it is possible to increase the signal level afterward through forensic audio enhancement, this is unnecessary time and money spent. This will also increase the noise floor of the recording, which can make it more difficult to hear what is happening in the recording. Creating a clean and audible original recording can make the enhancement process much easier and can often make the evidence much more useable in court.

When preparing to make an audio recording, regardless of whether it is a concealed recording or an interrogation recording, the user should always look at the settings of the digital audio recorder.

Two major settings determine the quality of a digital audio recording: sample rate and bit depth. Together, these settings also determine the bit rate of a recording. Changing these settings will affect both the quality of the audio recording and the amount of space used on the digital recorder. When creating digital audio evidence, it is necessary to balance these two in order to get a high-quality recording while optimizing the amount of space on the digital recorder. Thankfully, many digital audio recorders will record in lossy compressed formats like MP3 files, which take up much less space and don’t sacrifice a lot of quality.

When recording digital audio in an MP3 file format, the two key settings to pay attention to are the sample rate and the bit rate. The sample rate will ultimately determine the range of frequencies the recorder picks up. At least two samples are needed to record any frequency, which means the sample rate must be twice as high as the highest frequency you need to record.

Most fundamental frequencies of the voice are between 100 and 500Hz with some of the most important harmonic content between 1kHz and 4kHz. This means that a sample rate as low as 8kHz can sometimes be adequate for recording a conversation, which will also save a large amount of space on the digital recorder.

Bit rate determines the number of bits that are processed per second, which determines the fidelity of the audio. Typical MP3 files are recorded between 192kbps (kilobits per second) and 320kbps, but they can be as low as 32kbps. Just like with the sample rate, a higher bit rate means a higher quality of audio but also larger file size. The issue that arises with low bit rates is that the compression process applied to the file can start creating digital noise in the recording. This digital noise can often cover up parts of the recording and once it is there, it is very difficult to remove.

When determining what settings to use on a digital recorder, it is always a good idea to make multiple test recordings before making an audio recording that will be used as evidence. These test recordings will let you try out the various settings and then listen back to see what sounds best and what fits your needs the most.

Another setting that is sometimes included in digital recorders is the ‘voice activation’ setting. This setting will start and stop the recording based on the amount of signal the microphone is picking up. While it can be a good way to save space on the recorder, it is not recommended that this setting be used when creating any kind of digital audio evidence. If this setting is on, the digital recorder could stop recording at a key moment in the conversation and miss a crucial piece of evidence. If extra space is needed on the digital recorder, adjusting the quality settings is a much better way to go. Recording all of the content at slightly lower quality is a lot safer than relying on the ‘voice activation’ setting and missing important content.

Monitoring the battery life on the digital recorder is another very important thing to keep in mind. In some applications, like recording an interrogation, the digital audio recorder can simply be plugged into the wall so it will not run out of power. In other cases where you do not have this option, make sure the battery is fully charged or you have put in new, good quality batteries. Keeping extra batteries with you is also good practice, just in case the recorder does run out of battery and needs a replacement.

When creating the actual recording, try to be as close as possible to the person being recorded. As I mentioned before, one of the biggest issues with audio evidence is a low volume or record signal level. The farther away from the source the microphone is, the lower the signal level and the lower the signal to noise ratio. This means that less of the desired signal and more of the unwanted background noise will be recorded. Background noise can include any extraneous sounds such as furnaces, refrigerators, air conditioners, televisions, or even the internal sound created by the digital recorder itself. These sounds can detract from the quality of the recording and often make the desired signals unintelligible.

There are many different types of microphones that will work better for different situations. Lavaliere microphones are extremely helpful because they are small and usually omnidirectional. This means that they will pick up sounds from all directions and they can be placed anywhere on your person while the digital recorder stays in your purse or pocket. Other microphones, such as directional microphones, may work better during police interrogations because the subject will not be moving during the recording.

As I mentioned before, always create a test recording before making the recording that will be used as evidence. Testing different microphones, microphone placements, and locations will help you learn how your digital recorder works and responds to different environments. If possible, try conducting the test recording in the same place that you will create the real audio evidence so you can prepare for any extraneous background noises and other obstacles. After making the test recordings, listen back so that you can make sure the desired sounds can be heard and the sound quality is high enough.