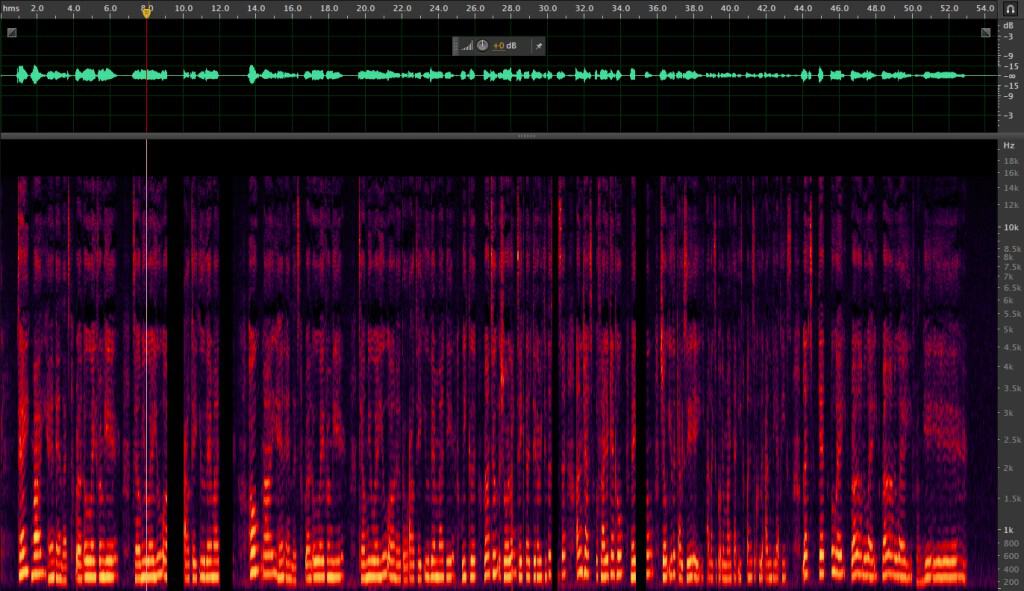 One of the activities of an audio forensic expert is to determine whether or not an audio recording has been altered or edited when it has been submitted to be used in the courtroom. As an audio forensic expert, I find that when people are in shock or in the middle of a traumatic experience they remember the series of events differently than they actually occurred. Therefore, people involved in a legal case may believe that a piece of recorded evidence has been altered when, in fact, it has not.

Many times defendants will tell me that they said something during a police interrogation that has magically disappeared from the interrogation recording. I find it hard to believe that a police officer that has so much invested in their career, would risk their reputation, career, credibility, and retirement to alter an audio recording in an effort to wrongfully convict someone.

But, when someone who is in litigation or has been convicted of a crime feels that a recording has been altered the audio forensic expert, like me, comes in to authenticate the recording.

Today nearly all audio recordings are created on a digital recording device. This same principle holds true with digital video recordings that have audio recording capability, such as, dashcam video from police cars that have a microphone on the officer as well as a microphone in the car. Smartphone video also records audio in addition to video. One of the activities that I am starting to notice as an audio forensic expert is that audio tracks are being altered in smartphone recordings and video portions of those recordings have not been altered. That?s why it?s very important for the audio forensic expert to authenticate both the audio and video portions of those recordings.

I was working on a case the other day that was recorded on an iPhone and while looking through the vectorscope and the other tools that I use to authenticate audio and video evidence I noticed on my oscilloscope that there were anomalies in the audio recording. I went back to review and there were no edits in the video, but there were in the audio. It was clearly heard, using my critical listening skills, as well as viewed on the oscilloscope. The spectrum of that audio was not authentic.

Now we have a situation where I could not authenticate that video recording to be used in the courtroom because of the anomalies that I discovered, the file properties that had been changed, and the original phone that was not available for examination. When I draft my report for this investigation I list all of the reasons using scientific proof and keeping the report simple enough for the layperson to understand, explaining all of the reasons why this evidence should not be used in the courtroom because it is believed to not be the actual representation of the events as they occurred, based on the following reasons. Then I list all of the reasons, in order, as to what happened, when it happened, and why it has altered the original evidence.

This report alone often helps litigators determine whether or not to use that video evidence. Because the bottom line is, there may be portions of that recording that aren’t altered. Let’s say from four minutes to six minutes it’s a complete piece of recording; at four minutes there’s an edit, a part was removed, and at six minutes there’s an edit, a part that was removed. But for that two-minute stretch there are no edits or anomalies and there are words exchanged, video documented, that is still crucial to the case. A judge will look at that and say even though this recording has been altered the expert has said that the two-minute section is genuine and that’s very important to the case, and the judge will allow that portion of the recording as evidence in the case.

As an audio and video forensic expert, I examine both audio and video portions of video recordings and often times find anomalies or edits in the audio portion that does not occur in the video portion. It’s important for the forensic expert to list all of the anomalies, time coordinates where the anomalies occurred, and the type of anomalies so that the litigators understand and can strategize how to use this information going forward to either prosecute or defend the case.